The Serenity Prayer? You mean that thing that addicts say at the end of a meeting? How does that apply to me? Does it apply to me?

The authorship of the Serenity Prayer is a matter of debate, and portions have been attributed to the ancient Greeks and to various saints. In its current form, it was used as a part of a sermon in Heath, Massachusetts, by Rev. Reinhold Niebuhr, who was a first-generation German-American and was, with others like him, attempting to figure out what could be done about the evil being carried out in Germany during World War II. It appears that Rev. Niebuhr, in looking for a way to reconcile the atrocities in his homeland with his own moral constraints as a Christian, found a way to verbalize what he could and should do with regards to Hitler and the savagery that was going on: he carried it to the One who was already aware of what was going on. He didn’t seek to change the circumstances to suit him, but to change him to confront the circumstances that were within his realm of influence. It is a prayer that has resonated with millions of people, and has become as much a part of chemical dependence support groups such as AA as “it works if you work it”. 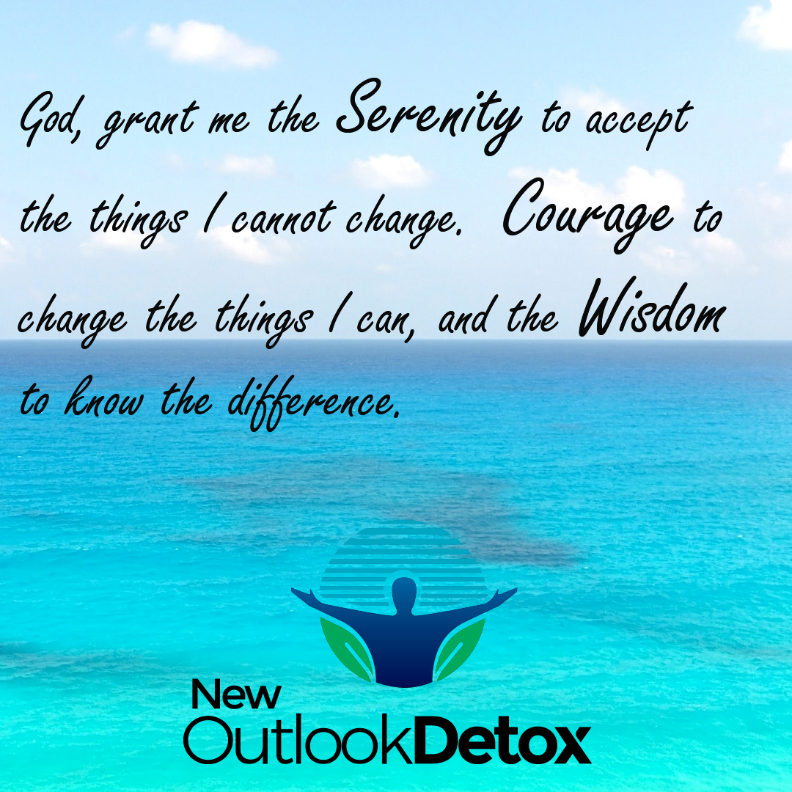 Sometimes, breaking down an idea can help us understand it. Understanding, not just reciting without thinking, helps us internalize a concept and make it a part of our being:

God (my Higher Power, the One who knew me before I began growing in my mother’s womb, who knows every hair on my head and what troubles me, even when I don’t have the words), grant (permit me as a favor or by grace) me the serenity (utter calm, untroubled by circumstances, people, and worries) to accept (take as a truth, not questioning the hows or whys) the things I cannot change, the courage (the internal mental or moral strength to withstand challenges and adversity) to change the things I can, and the wisdom (insight and knowledge) to know the difference.